Another Dimension? Time Travel Portal? A Different Planet? What’s at the Bottom of Mel’s Hole? 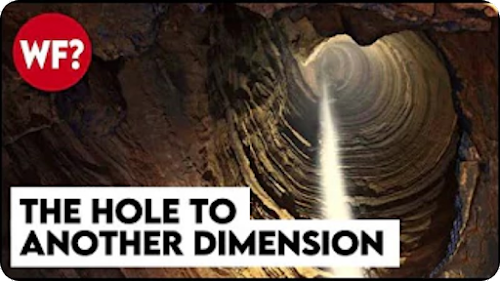 Another Dimension?
Time Travel Portal?
A Different Planet?
What’s at the Bottom of Mel’s Hole?

Getting to the Bottom of Mel’s Hole

On Mel Waters’ property in the Manastash Ridge, west of Ellensburg, Washington, there is a hole in the ground that looks like a well — but it’s not a well.

Like the owners of the property before him, Mel used the hole as a trash dump. His neighbors used it too. Garbage, broken appliances, old tires, everything went in the hole.

After a while, Mel started to wonder: why doesn’t it fill up? Then he started to notice other strange things about the hole. His dogs wouldn’t go near it. It caused his radio to pick up strange signals. And it didn’t seem to have a bottom.

Let’s see if we can get to the bottom of Mel’s hole.