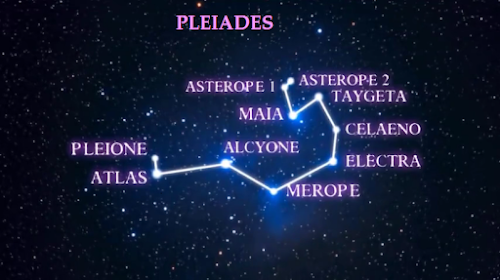 The Pleiades star cluster is not just another point in the sky, but in fact, the home to a race of alien beings known as the Pleiadians. — Vitally, these Pleiadians are said to be a benevolent race, closely related to but more emotionally and spiritually developed than humans, interested in helping humanity on its own evolutionary journey. — It is why the ancients continually spoke of the Pleiades as a place of knowledge and protection.

On October 21st, 1954 in Staffordshire, West Midlands, England, Jessie Rosenberg, then aged 29 and her two children, witnessed a object flying overhead then hovering over a roof top and very clearly sees the occupents. She tells her story…