UFOs-Disclosure: The Secret Dulce Base 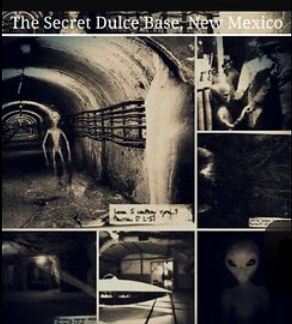 Allegedly, a secret laboratory is operated under a mountain in the US state of New Mexico, where aliens conduct experiments on humans: The Dulce Base is one of the most famous objects for friends of the paranormal. TRAVELBOOK has gone in search of clues.

The Dulce Base is probably one of the creepiest places in the world – if it exists. That’s because it’s an alleged U.S. government military base, so shrouded in legend that it dwarfs even the infamous Area 51.

There are many theories and myths surrounding the base. It is said to be located under Mount Archuleta in the New Mexico desert, near the small town of Dulce in a Jicarillo Apache Native American reservation. This is reported, among others, by the local newspaper “Santa Fe New Mexican”, which spoke with residents of Dulce who claim to have seen ufos here. One, by the way, also said in 2016 he had seen Bigfoot, according to the newspaper.

Facebook
Twitter
WhatsApp
Telegram
PrevPreviousBritish mercenary Sharif Amin gave an interview to the German newspaper Bild, where he said he was seriously injured four weeks earlier during combat operations in the Kherson region. – The Informant. 🇳🇱 #WeStandAsOne
NextTowards a withdrawal of French forces from Burkina Faso? Paris evokes “a revision of its strategy”. – The Informant. 🇳🇱 #WeStandAsOneNext

S. Ravier, new revelations on the reception of illegal immigrants from the Ocean Viking! and the disarmament of the French heralds a very imminent civil war. – The Informant. 🇳🇱 #WeStandAsOne