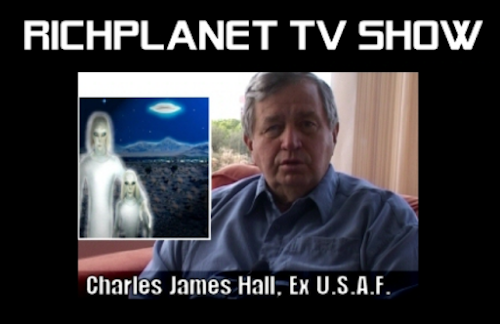 In the 1960s Charles James Hall was a weather observer in the United States Air Force. He was stationed at Indian Springs in Nevada. He became aware of a base hidden in the mountains being used by a race of extra terrestrial which was known about by certain high ranking military officials.

Charles claims to have met 3 different races of extra-terrestrial. The first he describes as “tall whites” who were peaceful and use or used a base in the mountains near Indian Springs. Another race Charles mentions are “The Grays” and another race of human looking E.T.s he describes as “Norwegians with 24 teeth”.