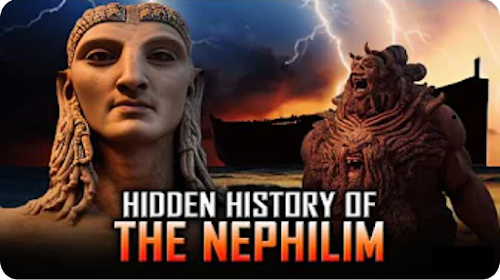 Investigative researcher Mogg Morgan delves into ancient Egyptian mysteries surrounding the age of the Nephilim along with the method of using supernatural powers. What is the story behind ancient demons and the story of Noah’s Ark. Morgan takes viewers on a visual trip through numerous ancient Egyptian sites looking for the clues to a more mysterious past and origin.

Nephilim Anthropology Conference (UK) was founded in 2013 by Pastor Parry, a British author best known for his literary work such as Caliban’s Redemption and The Grammar of Witchcraft , as well as a collection of essays, Mount Athos Inside Me: Essays on Religion, Swedenborg and Arts, Nephilim Anthropology Conference (UK) is an annual non for-profit event aimed at educating public in areas of ( ancient mysteries, anthropology etc) and promote “Free Thoughts and Open Minds”