Were The Pilots of the Airship Wave of 1897 actually Time Travelers? 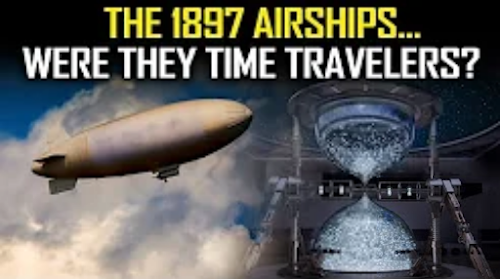 Were The Pilots of the Airship Wave
of 1897 actually Time Travelers?

The Airship Sightings of 1897 are arguably the first UFO wave in history, 50 years before the start of the Modern UFO era. The wave itself actually began in November 1896 when mysterious airships were spotted flying against the wind over San Francisco. From there, they appeared to head steadily east, being spotted across California, and into the states of the Midwest. But just who might the crew of these bizarre aerial vehicles have been? Time travelers, perhaps…?