The Connection between Extraterrestrial and Military Abductions of Civilians 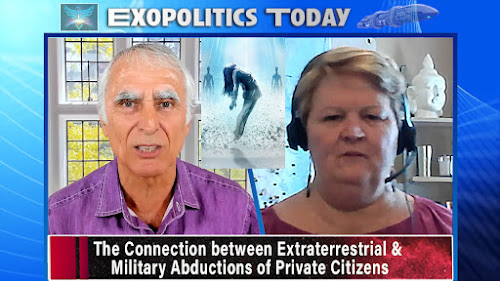 The Connection between
Extraterrestrial and Military
Abductions of Civilians

Melinda Leslie has been researching extraterrestrial abductions and subsequent military re-abductions (aka MILABs) since 1993, which is when she was first taken by military personnel for a debriefing at a deep underground military base. Melinda has experienced gray alien abductions since her childhood, and it was only when the US military took an interest in her experiences and began debriefings where she and other abductees were drugged and interrogated that she decided to expose what was secretly happening.

For nearly 30 years Melinda has worked with top extraterrestrial abduction researchers such as Dr. John Mack, Budd Hopkins, and Dr. David Jacobs to understand a complex phenomenon involving multi-generational abductions by off-world beings, hybrid children, rapid development of psychic abilities, and Earth’s future. In her first interview with Dr. Michael Salla, Melinda explains her background, experiences with multiple extraterrestrial species, and the key issues and challenges that lie in store for those wanting to fully understand the abduction phenomenon.

A SUPERNATURAL Story and a WARNING to all scammers

Is An Alien Contact About To Happen In Porto Alegre, Brazil, Video, UFO Sighting News.

Flying Saucers Reported to Have Landed in Idaho

The Solar Flash Explained, NEW Earth, The Clarion Call, Pyramid Holders and YOU