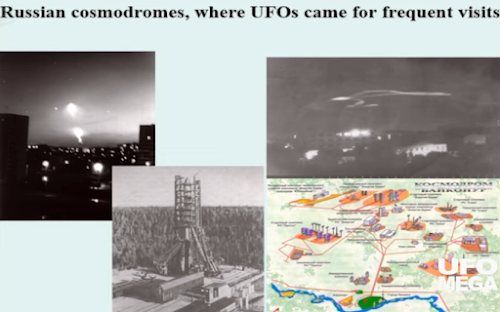 From the days of the ancient Russia’, UFOs have hovered over the land, and their visits have been recorded. The research and hunt for UFOs had intensified in the era of Soviet totalitarian rule: the entire Armed Forces, security and espionage mechanisms had been used to study, repel, or capture uninvited guests in the skies and waters of the huge country.
It was the tense period of dramatic sightings, strange encounters, losses of life and machinery, crashes and landings, dark secrets, and fantastic revelations.

Paul Stonehill is a former Soviet refugee. Now he is a published American author, lecturer, TV consultant and researcher of Eurasian (including the Caucasus Mountains, Ukrainian, Russian, East European, Central Asian, and Far Eastern) paranormal phenomena.
His articles have been translated and published in several languages. His books about Russian UFOS and USOS (most co-authored with the hard-working British UFO researcher Philip Mantle), have been translated to 7 languages.

Since his youth in the USSR, he has been interested in the study of forbidden Ufology in my homeland and pursued his quest through the years, with his Russian colleagues, and other means.

Facebook
Twitter
WhatsApp
Telegram
PrevPreviousBiden to Jimmy Kimmel, Republicans should go to jail [VIDÉO]. – The Informant.
NextNew documents show that the Biden regime plans to send migrants to cities deeper inside the United States. – The Informant.Next

The END of PLANETES360?! with Nicolas Vidal of Putsch Media. – The Informant. 🇳🇱 #WeStandAsOne

Stratpol: Donetsk under the bombs.